Living in the Forgiveness of Christ

Home/1 John, Exodus, Isaiah, Messages/Living in the Forgiveness of Christ

Living in the Forgiveness of Christ

If you recall, I promised we would return to that difficult portion of the passage we read last week in Exodus. God had promised to make all His goodness pass before Moses and to declare His name before him.

Then the LORD passed by in front of [Moses] and proclaimed, “The LORD, the LORD God, compassionate and gracious, slow to anger, and abounding in lovingkindness and truth; who keeps lovingkindness for thousands, who forgives iniquity, transgression and sin; yet He will by no means leave the guilty unpunished, visiting the iniquity of fathers on the children and on the grandchildren to the third and fourth generations.”

In our culture, when we read “He will by no means leave the guilty unpunished” we may think, “Okay, I can understand the need for justice.” But when we read about “visiting the iniquity of the fathers on the children…” we tend to bristle. At first glance, it seems unfair and contradictory to what God has just declared of His compassionate and gracious nature.

In order to really understand what God is saying, we need to look into the Hebrew. First of all, in verse 7, God says that He forgives iniquity, transgression, and sin. We tend to use these three words interchangeably, but in the Hebrew, they have slightly different meanings.

When I realized that God used three different words for sin in this verse–and I looked up the meanings–I realized that God was emphasizing how fully and completely He forgives. He not only forgives the act of sin itself, but He pardons us from the guilt of sin that ends in spiritual death, and He forgives the rebellious transgression of our hearts–the betrayal of trust that injures our relationship with Him. When God forgives, He holds nothing back.

Recognizing the deeper meaning in these Hebrew words can bring greater significance to passages like that found in Isaiah 53. In verses 4-6, the prophet Isaiah describes the suffering of God’s servant, the Messiah, Jesus Christ:

Surely our griefs He Himself bore,
And our sorrows He carried;
Yet we ourselves esteemed Him stricken,
Smitten of God, and afflicted.

But He was pierced through for our pesha
– our transgressions, the rebellion of our hearts, –
He was crushed for our avon
– for our guilt; –
The chastening for our well-being fell upon Him,
And by His scourging we are healed.

All of us like sheep have gone astray,
Each of us has turned to his own way;
But the LORD has caused the avon of us all
– the punishment we all deserve –
To fall on Him.

So, if God forgives so completely and fully, if God really is good, gracious, compassionate and kind, why are the sins of the parents visited on the children and grandchildren?

To unravel this apparent contradiction, we need to understand a few things.

First, God clearly states that it is only iniquity that is visited on the children. That is, only the consequences or punishment for the father’s guilt. Furthermore, it is only the temporal, earthly consequences of sin we are talking about: a child will never suffer eternal consequences for the sin of a parent.

How do I know this? Because in Ezekiel chapter 18, God goes into great detail to explain the fact that a child does not suffer death (meaning eternal death, or the opposite of eternal life) on account of his father’s sin. He makes it clear that each person’s eternal consequences are determined by his own choices. But we all know from experience that the earthly consequences of one person’s sin frequently affects the lives of many people around them, and especially those of family.

This brings us to the second thing we need to understand. Although God knows us as individuals, He also sees us and deals with us as families, as communities, and as nations. In America, we tend to see ourselves first-and-foremost as independent individuals, but in many parts of the world and throughout history, people have often seen themselves primarily as members of a family or of a community.

God Himself exists in eternal community as Father, Son and Holy Spirit. Being made in His image, we too are made to live in community – not alone and independent, but interdependent. Every life touches many other lives, especially the lives of those closest to us – our families. So, for good, or for ill, the consequences of our actions are “visited” on our families.

There is another phrase in this passage I believe we tend to misunderstand. Reading the first part of verse 7 in English, we may think God is saying that He keeps lovingkindness for thousands of people. But in Hebrew, the word for thousand is the same as the word for thousandth, and similar phrasing in other passages in Exodus and Deuteronomy clarify that the word generations is implied. In other words, we may properly renders this phrase as, “extending kindness to the thousandth generation,” as it is found in the Jewish Publication Society translation.

Why is this significant? Because God is saying that He pours out lovingkindness to a thousand generations, but in His compassion and grace, the negative consequences of a parent’s sin reach only to the third or fourth generation.

Many facets of forgiveness

This is the message we have heard from Him and announce to you, that God is Light, and in Him there is no darkness at all. If we say that we have fellowship with Him and yet walk in the darkness, we lie and do not practice the truth; but if we walk in the Light as He Himself is in the Light, we have fellowship with one another, and the blood of Jesus His Son cleanses us from all sin. If we say that we have no sin, we are deceiving ourselves and the truth is not in us. If we confess our sins, He is faithful and righteous to forgive us our sins and to cleanse us from all unrighteousness.

If we sin, as a Christian, we do not suddenly lose our salvation, because Jesus took our iniquity upon Himself – He bore our guilt and its punishment. But our transgression, the rebellion of our hearts that causes us to sin, may still interfere with the fellowship we have with God, especially if we allow it to go unchecked. John encourages us to walk in the Light, in fellowship with Christ and with one another. He reminds us that if we sin, we need only repent and confess our sin to experience God’s forgiveness and the cleansing of the blood of Christ which restores us to that place of sweet fellowship with Him.

But all of that, as wonderful as it is, is just one side of what it means to Live in the Forgiveness of Christ. There is the forgiveness we receive from God through Jesus Christ. But there is also the forgiveness that we give to others.

Grace to forgive others

Forgiving those who have wronged you is not always easy. But let me share with you some things I have learned about forgiveness.

First, unforgiveness has consequences: regret, resentment, bitterness, damaged relationships, emotional and sometimes even physical pain. Just as an untreated wound can fester and spread infection, unforgiveness can become a source of deep and damaging pain.

Corrie Ten Boom witnessed the effects of unforgiveness in the lives of victims of Nazi brutality after World War II.  She said, “Those who were able to forgive their former enemies were able also to return to the outside world and rebuild their lives, no matter what the physical scars.  Those who nursed their bitterness remained invalids.  It was as simple and horrible as that.” (Tramp for the Lord, 55)

We do not forgive others because the other person deserves it any more than God forgives us because we deserve it or have earned it. When I forgive another person, I am not declaring them innocent. I am not the judge of another person’s heart, God is. I forgive because My Father in heaven forgives.

In my own life, I discovered that things I had thought I had forgiven continued to frequently come to mind. 1 Corinthians 13 declares that love keeps no record of wrongs. In God’s timing, He showed me that somewhere in the back of my mind, I was still keeping a record of the wrongs I thought I had forgiven. With the smallest slight, that list of wrongs would quickly come to mind. When I finally brought my list before the throne of grace, confessed my resentment, and determined to truly forgive by His grace, I found that my list quickly crumbled away.

I also discovered that you don’t have to have a “forgiving feeling” in your heart to forgive, but you do need to sincerely choose to forgive regardless of what your emotions may be telling you. God will provide the grace to follow through to those who ask.

I do not know what deep hurts you may have suffered. But I know that holding on to unforgiveness will only bring you more pain.

Jesus died that you might be forgiven, but also that you might forgive. Won’t you choose to Live in the Forgiveness of Christ? If you have hidden unforgiveness away in your heart, allow God’s Holy Spirit to bring it out into the light. Turn to God for help to deal with it once and for all. 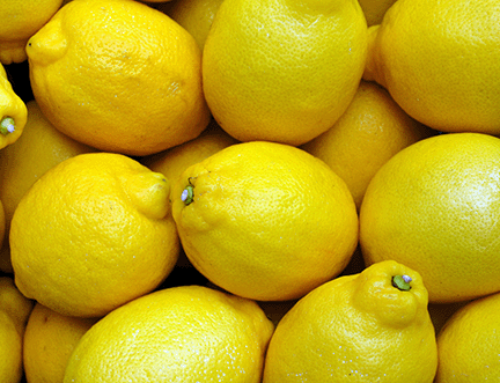 When Life Gives You Lemons Gallery

When Life Gives You Lemons 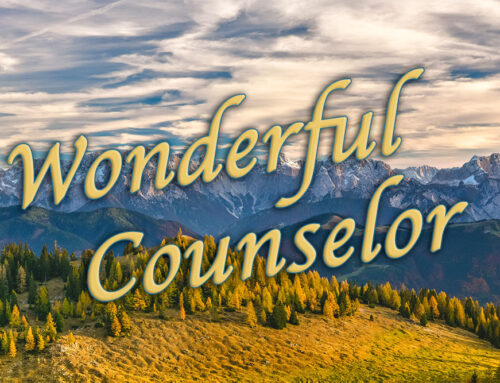 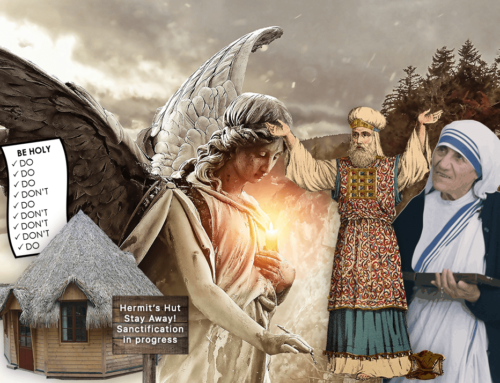 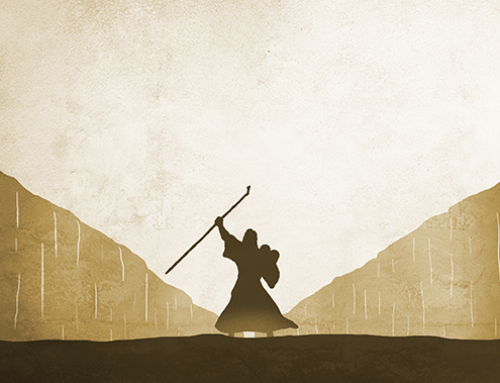 Living in the Grace of Christ Gallery

Living in the Grace of Christ

Living in the Freedom of Christ Gallery

Living in the Freedom of Christ

Another good read for Hermann and me on this Sunday morning, before we go to church. 😊

Another good read for Hermann & me this Sunday morning, before we go to church. 😊

What you see and hear depends a good deal on where you are standing: it also depends on what sort of person you are.